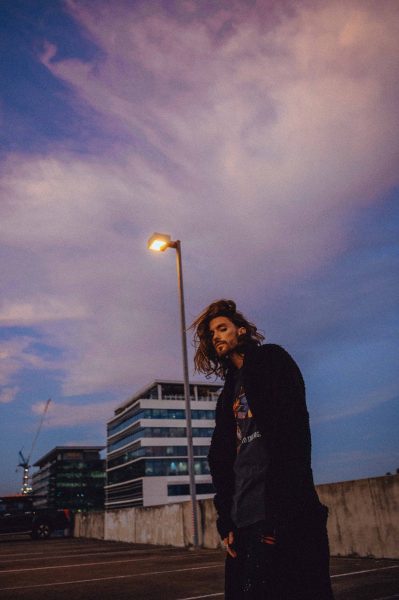 Jealousy sonically embellishes on the pop, indie folk and contemporary leanings seen on vivid display in much of Jacob’s earlier works, with the new track infectiously weaving dark synths, percolating beats and cogent hip hop production alongside Jacob’s polished and emphatic vocals. A glistening amalgamation of Jacob’s recent immersion into artists like Russ, Chase Atlantic, J Cole, Diamond Construct, Big Sean, Kendrick Lamar and XXXTENTACION, Jealousy also thematically breaks away from the traditionally introspective artist’s reflective lyrical fare; and the end result is one coated with resolute relatability, glistening execution and deep-seated modernity, as Jacob elaborates, “Alongside other genres, I’m heavily inspired by modern hip hop, and I’ve most likely injected some of that subconsciously into this song with the 808’s and darker synth melodies. Lyrically, Jealousy is probably the most forward single I’ve ever put out. Usually my songs lean more toward philosophical, reflective and contemplative topics. This song, however, is egotistical and self-centred. When writing, I often like to paint pictures of relatable archetypes. The person in this song honestly couldn’t care less about the feelings of others, and is only thinking of himself and his own lustful interests – which, if we’re real, is a pretty common archetype in modern society. The melody hits hard, especially in the chorus and bridge”.

With Matt Bartlem on production and mixing duties, Dale Becker mastering and Jacob himself helming the songwriting and pre-production stages of Jealousy’s creation, the evolved stylistic and lyrical aesthetic behind the track wasn’t the only significant creative shift for Jacob; in fact, it’s also via the accompanying music video for Jealousy that Jacob and long-time collaborator and cinematographer Colin Jeffs found themselves branching entirely outside of the traditional box, with Colin, who has recently worked with the likes of Diamond Construct, Jesswar and Mass Sky Raid, leading the charge for Jealousy’s ultimate concept, filming, directing and editing. A significant yet apt shift for Jacob, who has scripted and co-directed every one of his own music videos previously since starting his extremely successful YouTube channel a decade ago, the end result for Jealousy’s clip is a narrative-driven, neon-soaked masterstroke that is equally focused on reflecting its overarching themes while also remaining staunchly open for creative interpretation, as Jacob elaborates, “For the first time ever, I actually didn’t come up with the creative concept. Ever since I started my channel in 2012 I’ve always written the scripts and co-directed my music videos, however this time I decided to leave it all up to Colin, my cinematographer. Colin approached me with an idea which incorporated a dystopian future. Where I hire an unreliable, dodgy service to erase romantic memories from my past. The themes are Blade Runner-esque, and the entire clip was filmed on the Gold Coast. I love narrative visuals like this because even though my team and I have a clear vision as to what the storyline is, the audience generally finds things we didn’t even know existed”.

An entirely independent artist and entrepreneur already in command of over 250 million YouTube views, 200 million Spotify streams and an ever-growing legion of global fans, Jacob continues to prove himself as one of the most innovative and engaging artists of his generation. With three EPs, six full length albums and 140 YouTube videos in his wake, Jacob’s sights are now set on putting the finishing touches on his third album, Lowly Lyricist, which is yet to receive an official release date. And alongside honing and perfecting his third studio album, a follow up to 2020’s Conscience, this ceaseless creative has also been revolutionising the music industry and beyond via his NFT endeavours, founding the indie record label Philosophical Records and establishing his Web3 media publication Lowly Labs – with a headline European tour and an entirely overhauled live show also set to kick off in the not-too-distant Jacob Lee universe.

A seasoned and focused artist, the new single and video Jealousy is ultimately not just the continuation of Jacob’s ongoing and insatiable artistic evolution; it’s also a track extremely close to this talented visionary’s heart, as Jacob concludes, “As I look to expand the music, I’m also looking to expand the show, and having not been on stage for almost 3 years due to Covid, I’m pretty eager to get back out there.  Jealousy has been a favourite of mine ever since it was written 12 months ago, and I’ve been quietly keeping it under wraps until the right moment. I’m happy to say the right moment seems to have arrived. To me, Jealousy is a nod toward how far I’ve come as a songwriter and producer. With every release my sound points closer to how I envision myself to eventually be as an artist, and the response from those I’ve shared it with has been nothing but positive. Jealousy, which is being distributed after both Break My Heart Again, and Drift, feels like the perfect sonic evolution to my sound so far, and I’ve been indirectly preparing my audience for it for a while.”

Jealousy is out today, Friday August 26.