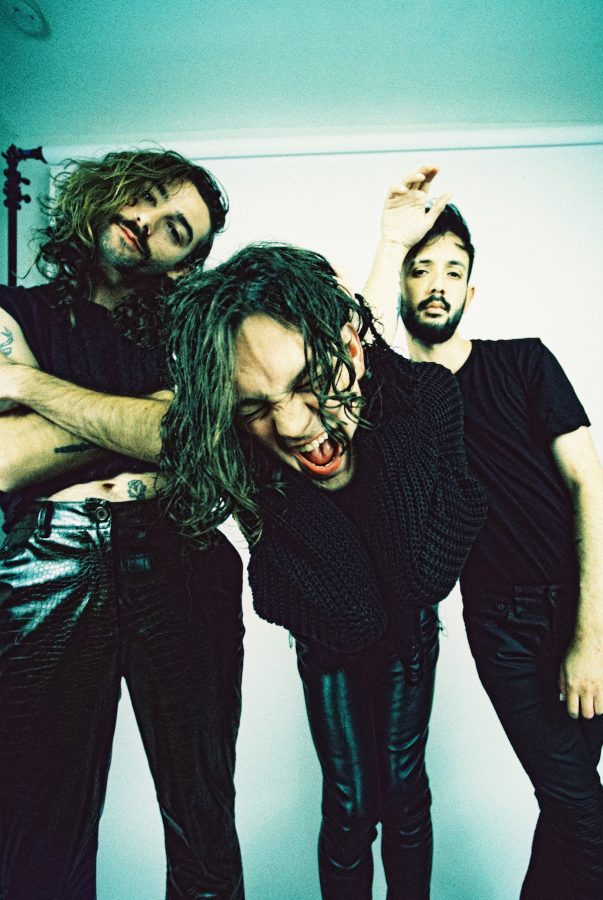 Capturing and celebrating all things bittersweet and beautiful in the world, glistening alt pop trio PRETTY TALKS return with an immersive and intensely engaging new single Hurt Me, officially out today. Showcasing a relationship breakdown soundtracked by glossy pop and retro synths, Hurt Me is also today accompanied by a raw music video that traverses youthful romance and the many harsh realities that can come with the territory, while also drawing inspiration from early 2000s and 2010s pop culture for good measure.

An emphatic follow up to the band’s lush debut track Need You, which dropped earlier this year, Hurt Me finds PRETTY TALKS welding nostalgia and modernity deep amongst lashings of shimmering and dramatic, angsty pop. Drawing influences from the likes of MUNA, 5 Seconds of Summer and The Band Camino on their latest release, Hurt Me is an intimate, soul-searching gem full of driving basslines, airy reprieves and silken vocals that simultaneously appears affable on its sonic surface while diving into self-exploration and the agonising moments of a relationship gone awry, as the band explain, “Hurt Me is a snapshot of a relationship in its most tumultuous moments, a relationship breaking down, where neither person is necessarily at fault. The outcome being that one person decides to put everything on the line whilst the other has already mentally checked out. It’s that feeling of “I know we’ve both made mistakes in this, but let’s give it one last chance”. It’s also about the moments of weakness; when you realise it’s not evolving in a positive way and you wish you could pretend it was just how it used to be”.

Produced by fellow musician and close friend Blake Wares, aka Central Coast singer-songwriter and producer lovemedo, and mastered by Jamie Muscat, Hurt Me is a gleaming and genuine snapshot of the highs and lows of young love; a fact brought vividly to life by the track’s accompanying music video. With The Million frontman Jacob Thomas on board as director of photography and cameraman for Hurt Me’s brooding music video, Hurt Me was filmed in and around PRETTY TALKS bassist Hadi Ansell and drummer and backing vocalist Tommy O’Brien’s previous place in Sydney’s inner West, with the location entirely gutted and reshaped to suit the band’s ultimate creative vision. And aptly capitalising on vocalist and guitarist Liam Deans’ interest in filmmaking and screenwriting, PRETTY TALKS also enlisted friends and actors Anna Baumgartner and Aaron Gee-Gamkreildze to bring the compelling clip to life. Liam reveals, “The Hurt Me music video is aesthetically inspired by the English television show Skins, combined with an early-2010’s Tumblr-esque Pinterest board. An emotional, volatile and messy relationship paired with a dirty, youthful abandon. It felt like an honest and real song to write and a beautiful thing to create on film. I scripted, storyboarded, directed and edited the music video, so it was great seeing all my tiny little concepts slowly come to life. We endeavour to build a world around our art and band, so we played with the ideas of hiding Easter eggs and band member cameos throughout this clip, adding another layer of meaning in which we are part of this universe that we build our songs in”.

Bringing together a close-knit group of friends-turned-housemates, the PRETTY TALKS origin story itself stems back to the guys meeting at The Australian Institute of Music. What began as a group assignment with Liam and Tommy soon evolved into meetings at university bars, bonding over shared musical tastes and, ultimately, the trio’s shared desire to craft music to strike people’s emotions and challenge the way listeners perceive life and the world around them. Now firmly dedicated to developing a culture and community of art and self-expression into every inch of their creative output, PRETTY TALKS have arrived in 2022 ready to divulge their soul-searching tunes written and recorded pre-pandemic, wielding their darkly beautiful aesthetic and striking lyricism. With another single waiting in the wings to release in the not-too-distant future, PRETTY TALKS continue to enamour with their bright and eloquent wares, and Hurt Me is a sublime second glance into the band’s ever-growing authentic universe. As Liam accurately concludes, “From writing, producing and recording the song, to developing, writing, shooting, editing the music video, it all feels like a joyful sigh of relief. It feels like we’ve created a real piece of well-rounded art with Hurt Me. Something that conveys the story in the gritty romantic aesthetic that we wanted”.

HURT ME is out today, Wednesday September 28.